“Our Risen Lord sends the Holy Spirit to empower His people to be His witnesses.” 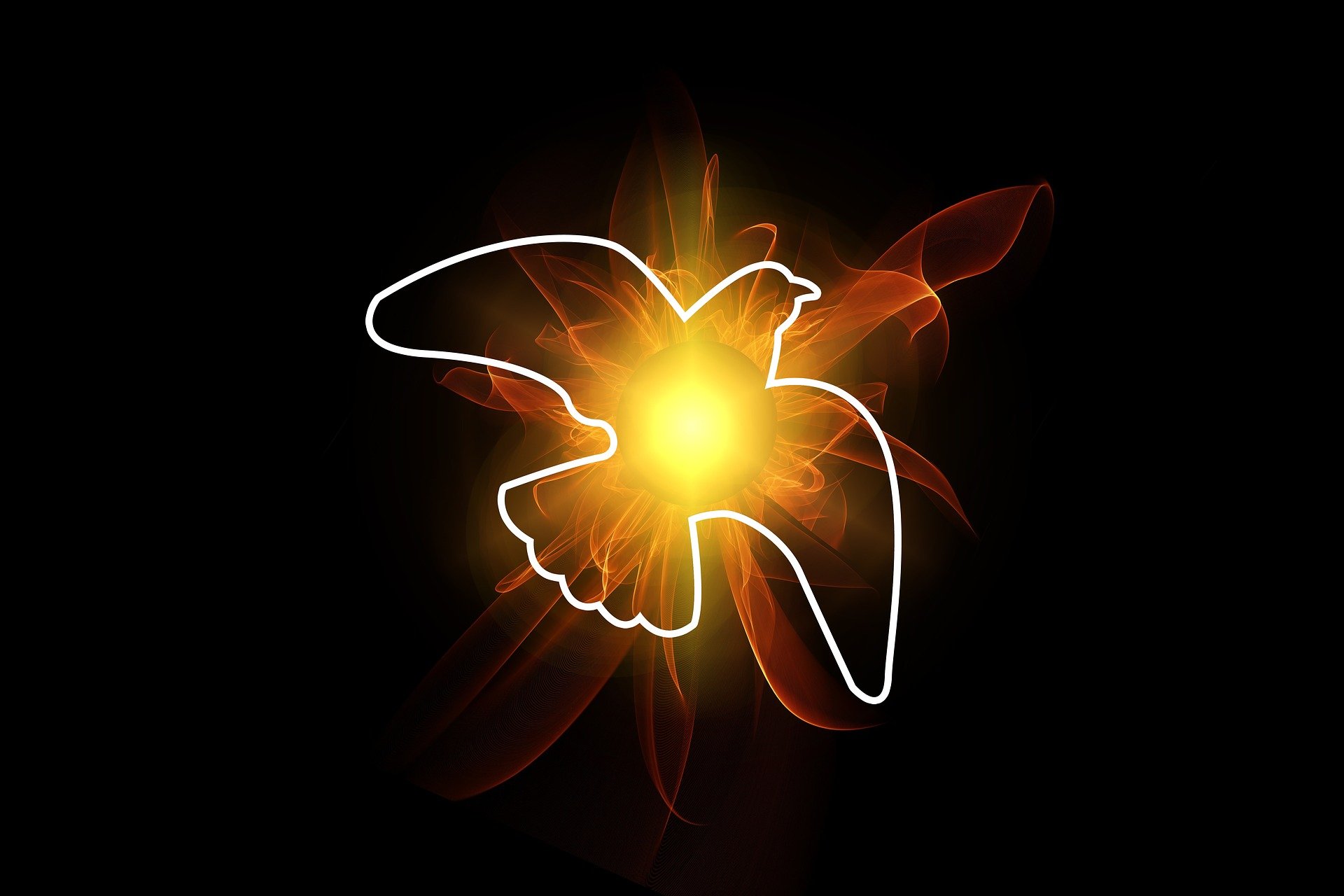 Pastor John Gensmer’s Sermon:
“Our Risen Lord sends the Holy Spirit to empower His people to be His witnesses.”
May 31, 2020 at Abiding Love Lutheran Church 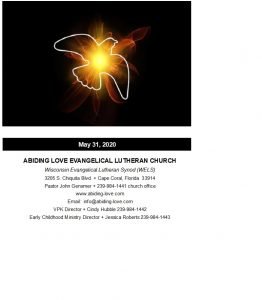 (Acts 2:1-21) When the day of Pentecost came, they were all together in one place. 2 Suddenly a sound like the blowing of a violent wind came from heaven and filled the whole house where they were sitting. 3 They saw what seemed to be tongues of fire that separated and came to rest on each of them. 4 All of them were filled with the Holy Spirit and began to speak in other tongues as the Spirit enabled them. 5 Now there were staying in Jerusalem God-fearing Jews from every nation under heaven. 6 When they heard this sound, a crowd came together in bewilderment, because each one heard their own language being spoken. 7 Utterly amazed, they asked: “Aren’t all these who are speaking Galileans? 8 Then how is it that each of us hears them in our native language? 9 Parthians, Medes and Elamites; residents of Mesopotamia, Judea and Cappadocia, Pontus and Asia, 10 Phrygia and Pamphylia, Egypt and the parts of Libya near Cyrene; visitors from Rome 11 (both Jews and converts to Judaism); Cretans and Arabs—we hear them declaring the wonders of God in our own tongues!” 12 Amazed and perplexed, they asked one another, “What does this mean?” 13 Some, however, made fun of them and said, “They have had too much wine.” 14 Then Peter stood up with the Eleven, raised his voice and addressed the crowd: “Fellow Jews and all of you who live in Jerusalem, let me explain this to you; listen carefully to what I say. 15 These people are not drunk, as you suppose. It’s only nine in the morning! 16 No, this is what was spoken by the prophet Joel:

17 “‘In the last days, God says, I will pour out my Spirit on all people. Your sons and daughters will prophesy, your young men will see visions, your old men will dream dreams. 18 Even on my servants, both men and women, I will pour out my Spirit in those days, and they will prophesy. 19 I will show wonders in the heavens above and signs on the earth below, blood and fire and billows of smoke. 20 The sun will be turned to darkness and the moon to blood before the coming of the great and glorious day of the Lord. 21 And everyone who calls on the name of the Lord will be saved.’