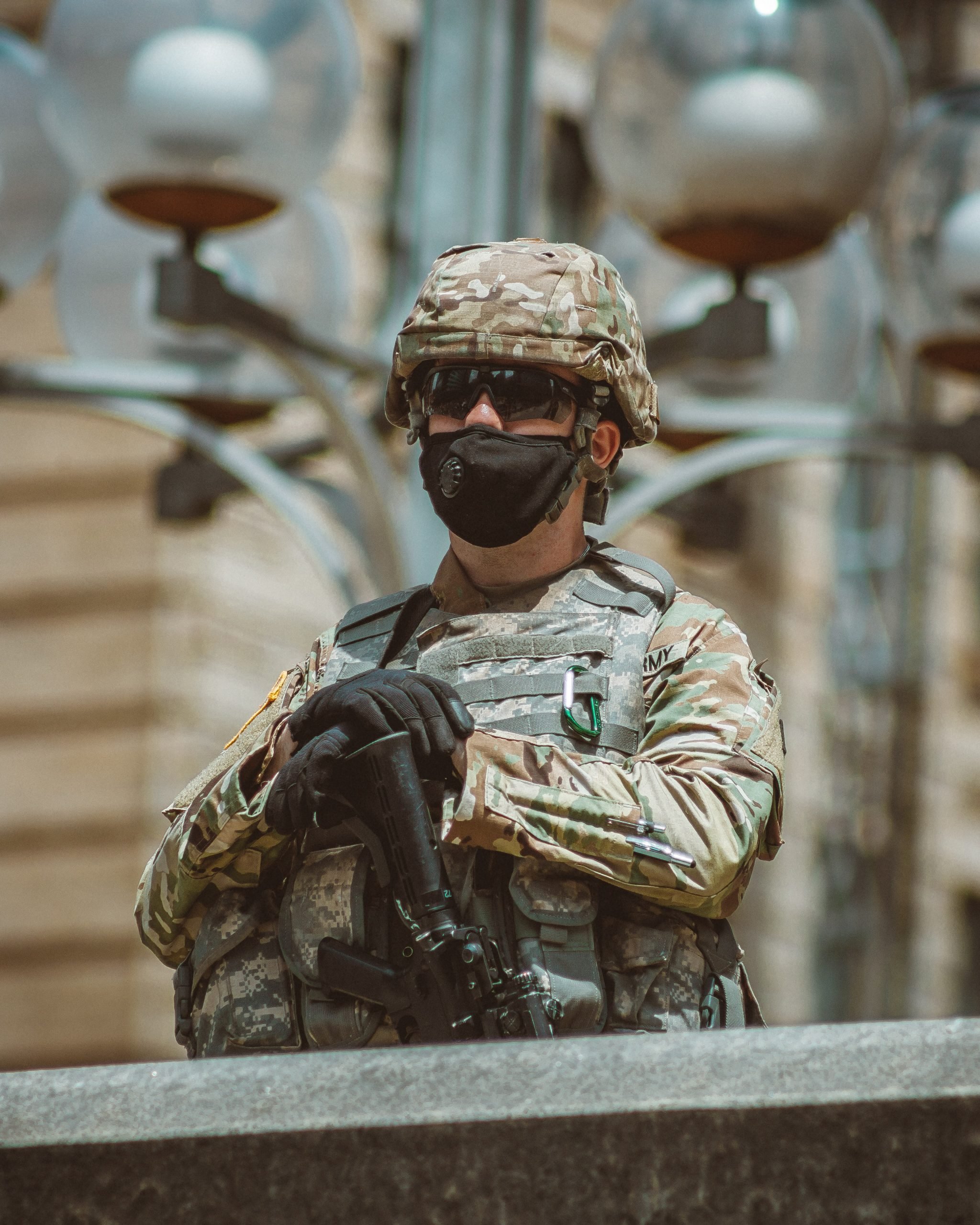 [Jesus said] “I am sending you out like sheep among wolves.”
Matthew 10:16

I am constantly amazed at the bravery of the men and women in our armed forces. What is it like to walk down a street, knowing at any moment an RPG could come careening into your squad and blast you to pieces? What is it like to get up every day to patrol that same street, with that same danger lurking in the shadows? Their training and their equipment help them. They know they need to be the fastest, strongest, smartest soldiers out there. Their lives depend on it. They cannot let their guard down for an instant.

Don’t we approach life the same way? I need to be bigger, faster, stronger, and smarter than the people around me. If anyone tries to cut in line in front of me; I’ll let him know where the back of the line is!

Jesus didn’t strap a flack vest on his followers, teach them hand to hand combat, and then give them 120 pounds of ammo, machine guns, and combat knives. He sent them out into the mean, ugly, God-hating, Christian-persecuting world with only a woolly lambskin!

Not quite. But he told them they would be sheep, surrounded by the biggest, baddest, meanest wolves they ever saw.

How could they survive? Jesus was with them. He was the one behind the “I am sending you.” Instead of trusting a snarl to put someone in his place or an insurance policy to cover losses, they could trust Jesus to look after them. After all, he pulled them from the fires of hell. He walked down the street to the cross and took the full force of God’s fiercest wrath over their sins.

He’s done the same for you. Whether it is the dark of night or the light of a new day, there’s no need to fear. We can show love to others and accept all the vulnerability that comes with being Christians. We know our Shepherd will care for his sheep—no matter how the wolves may snarl.

Prayer:
Lord Jesus, although I know I am like a sheep among wolves in this world, I also know you are with me and will watch over me. Grant me the peace that comes with knowing this. Amen.

GOD BLESS OUR VETERANS AND THEIR FAMILIES!